A few months ago I was fortunate enough to acquire a ticket to the Memorabilia show at the NEC in Birmingham. Being such a huge fan of film it may be surprising to learn that this was my first time at such an event, and I had absolutely no idea what to expect.
I made the short trip there with my brother-in-law and partner in crime Simon (aka @simonbarber on Twitter), and we hooked up with giallo aficionado Oli Carter at the train station. This was a film fans day out of the geekiest order.

I never intended to blog about the day but I wanted to show the many treasure that I managed to find. 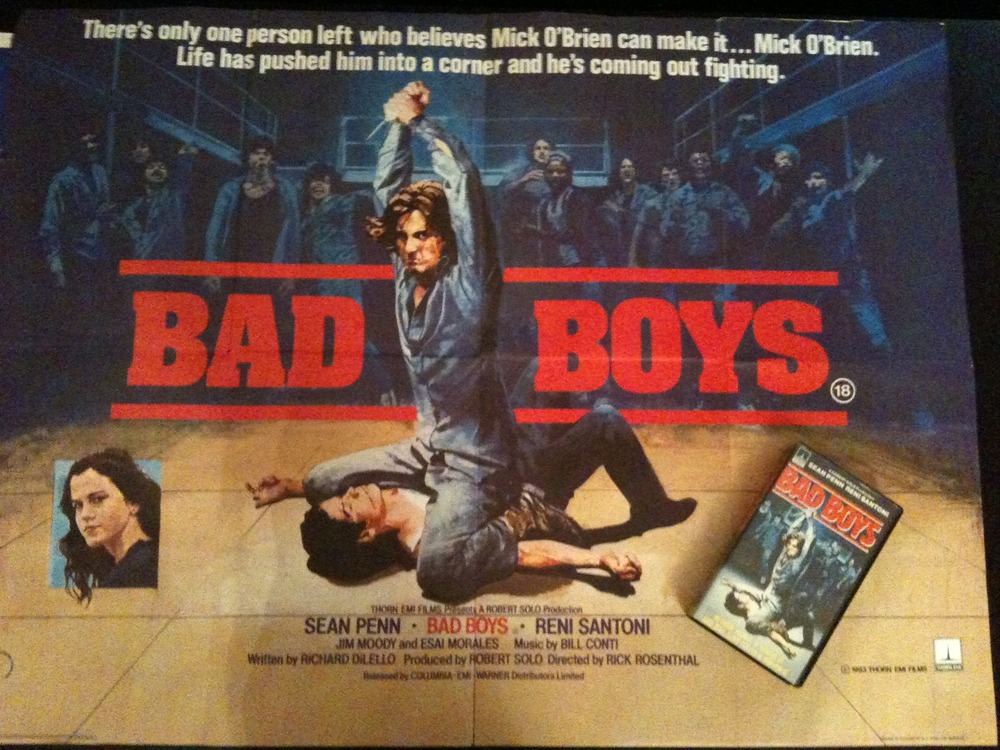 The huge arena has a variety of vintage movie related toys and posters, with a car boot sale/market stall selling technique. You can find all sorts of rare DVD’s and Blu’s there, while also catching a glimpse of the many (minor) celebrities that were there signing autographs. Such people like David Warner, Richard Herd, Charlotte Lewis, Robin Askwith, Madeline Smith, Warwick Davis and even the face of the Pazuzu from The Exorcist Eileen Dietz. Did I mention that Bret ‘The Hitman’ Hart was also in attendance? Well he was, with his full chested assistant too.

I had the intention of taking some VHS covers with me to get signed but the price of £15 per signature really put me off, so it looks like my copy of My Best Friend is a Vampire will have to wait before getting some David Warner ink on it.

Imagine my delight when only 15 minutes into our walk around I managed to sniff out some pre-cert VHS tapes. The guy was selling them off for £2 per tape so I pretty much took every single one of them off his hands for less than £10. That’s a bargain in my eyes.
I’d also like to add that we found an original Eraserhead tape, of which the guy had slapped a £20 price tag on. I picked it up and quickly realised that it was a Betamax tape, the guy looked at me and said “Well I wouldn’t put £20 on a fucking VHS tape, would I?”. I replaced the tape and we all walked off mocking the clearly misguided and deluded man. 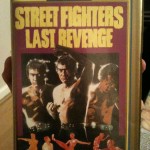 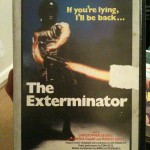 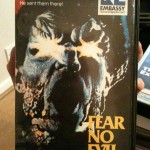 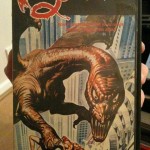 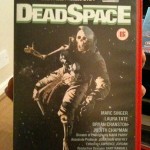 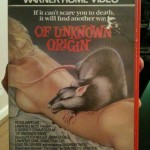 I can’t speak about all aspects of the trip as i’d be here all day, but I will say that the highlight was finding the many sellers of rare movie posters.
We managed to find a Belgian seller of posters and Oli snatched a very rare one sheet of The Thing which looks pretty spectacular, i’d never even seen the artwork before.
They also had a large crate on the table of the stall which was chock-full of one sheets which they had discounted in an effort to move them quickly, apparently they have a stock of over 30,000 posters. We placed our bags on the floor and proceeded to spend the next hour going through every one sheet hoping to find some gems.

Below are pictures of my findings. Please note that the Bad Boys poster wasn’t purchased from them, this was bought earlier on in the day and is a genuine original UK quad (EMI VHS added to show size). Simon also purchased a bad-ass The Last Dragon quad from the same sellers. 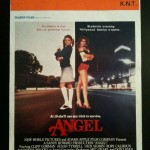 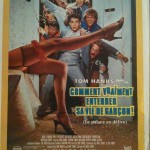 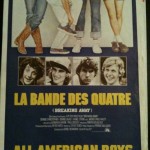 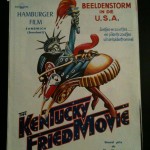 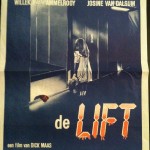 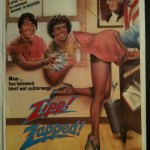 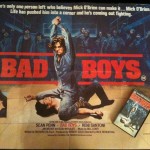 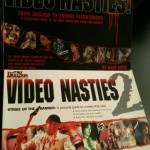 As I have a nose for a bargain I also found two books that I had been after for years (pictured above). The guy had slapped a £15 price tag on the front which was an absolute steal, but being the cheapskate that I am I managed to knock him down to £10 for both books making them my find of the entire day.

It was a fantastic day out and i’d like to thank both Simon and Oli for inviting me along. It was all in the name of ‘research’.