Following on from last year’s screening of The Burning, I was once again invited to present another tape viewing at this year’s Shock & Gore Festival at the Electric Cinema in Birmingham.

With my selection being restricted to ‘Video Nasties’ last year, I was over the moon to get free rein for this one. I immediately drew up a list of around 15 titles, with the aim of restricting them to movies currently unavailable on DVD and Blu. Luckily, my first choice on the list was chosen and confirmed – Never Too Young to Die (’86). 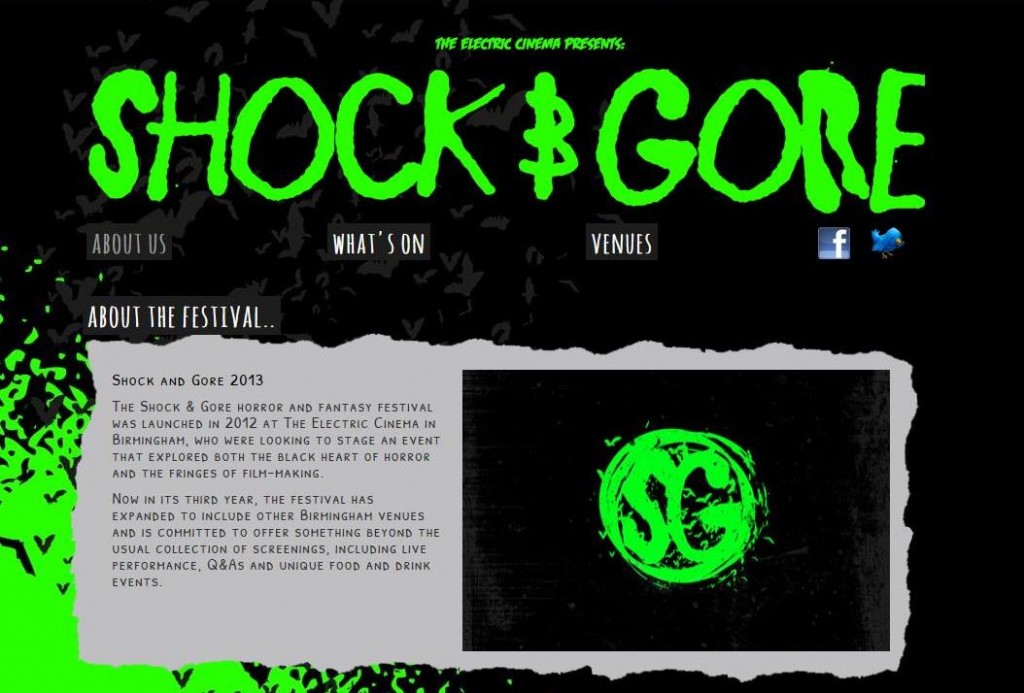 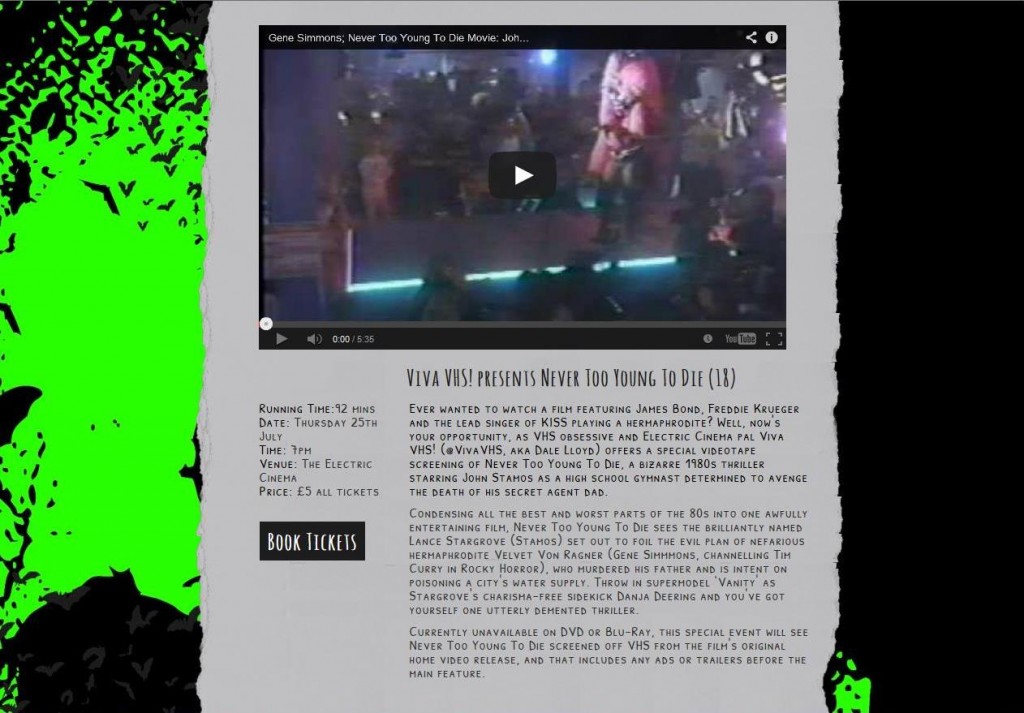 Never Too Young to Die is a trashterpiece, and I am so thankful that I was able to not only present this movie, but to also see it with a crowd. I was surprised to find out after speaking with people before the event, that few had actually ever heard of this movie. Gene Simmons in Cher’s wardrobe! Vanity and John Stamos in a seemingly endless sexual tension scene! The punks in post apocalyptic gear, despite there being no apocalypse! There is too much in this movie to love. 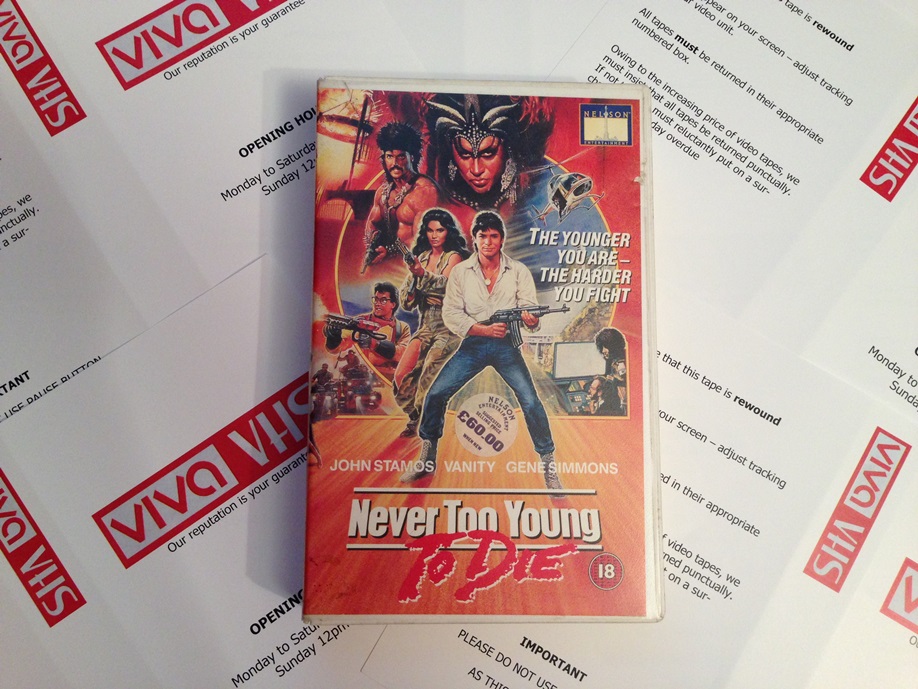 My usual tactic would be to let the original trailers play, but as the two already attached to the Nelson Entertainment tape were for Maurice and The Whales of August, I couldn’t let this be. So instead, I created a small trailer reel to compliment the movie. My four selections were; Action Jackson, Ghost Chase, The Night Before and Voyage of the Rock Aliens. And i’m happy to report that they went down a storm. 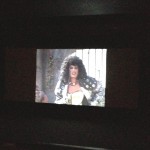 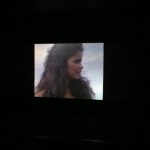 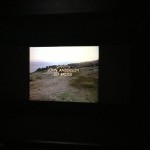 Aside from the movie itself, my favourite part is always meeting the people in attendance. I was even presented with a few tapes from Twitter friends on the night – Home Movies on the Guild label, and a local video store’s rental tape that was never returned.