The Pizazz label is something of a real curio. They appear to have only ever released one movie under the label’s name, a 1976 Italian crime movie called Risking (aka Pronto!, aka Meet Him and Die). The film was actually released as both a pre and post-cert on the same label.
The earlier release was from December ’83, and in connection with another label, Lunar. Lunar were not a label that lasted long in the video world and only released one other title in their own right – Nick the Sting.

The plot thickens with the pre-cert release because this was actually manufactured and distributed by Medusa. The post-cert was not.

As there are no other known releases on the Pizazz label, be it pre or post-cert era, I can only assume that this label is now complete. 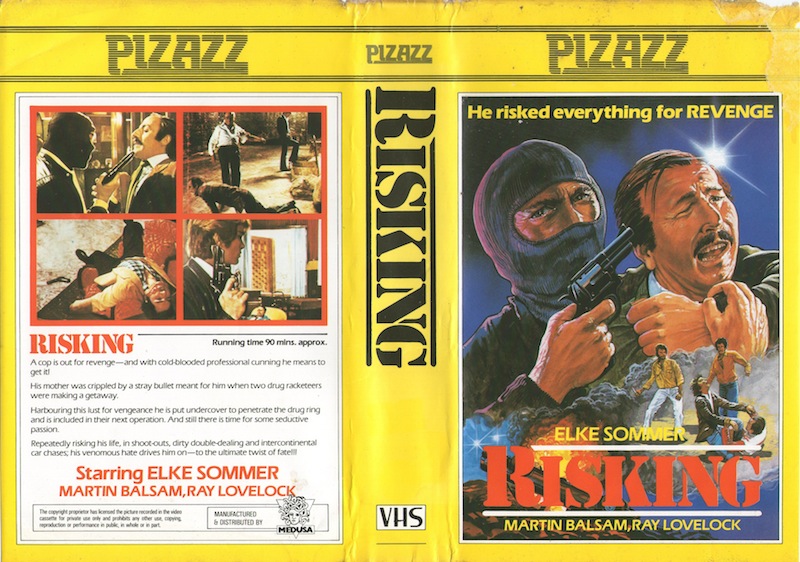 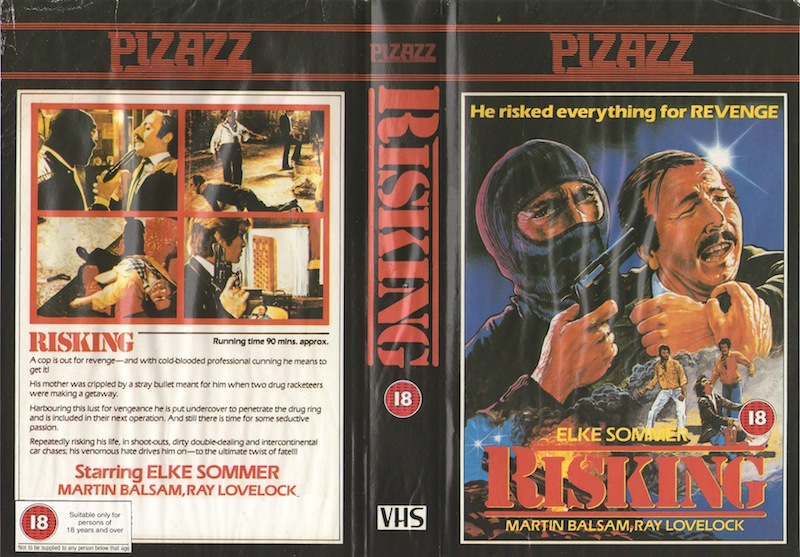 Risking was also released under another post-cert label called Renown-Video (RV), but under it’s alternate title of Pronto!. I find it quite strange that a movie would have two separate releases in the post VRA era. 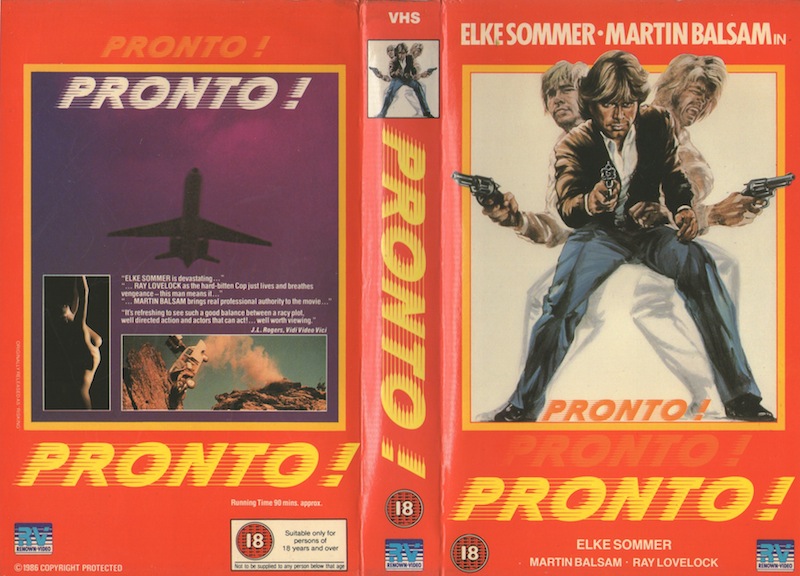 And if you think that’s odd, the movie was also put out by Video Independent Productions (VIP) in November ’83, a mere month before the original yellow sleeved Lunar/Pizazz release. The existence of this release, however, only came to light a few years back as (despite featuring in a VIP trade advert) it was thought to have been unreleased. Only one copy has ever surfaced.
There are connections that tie both Medusa and VIP together, which may explain this, but i’ll leave that for a later post. 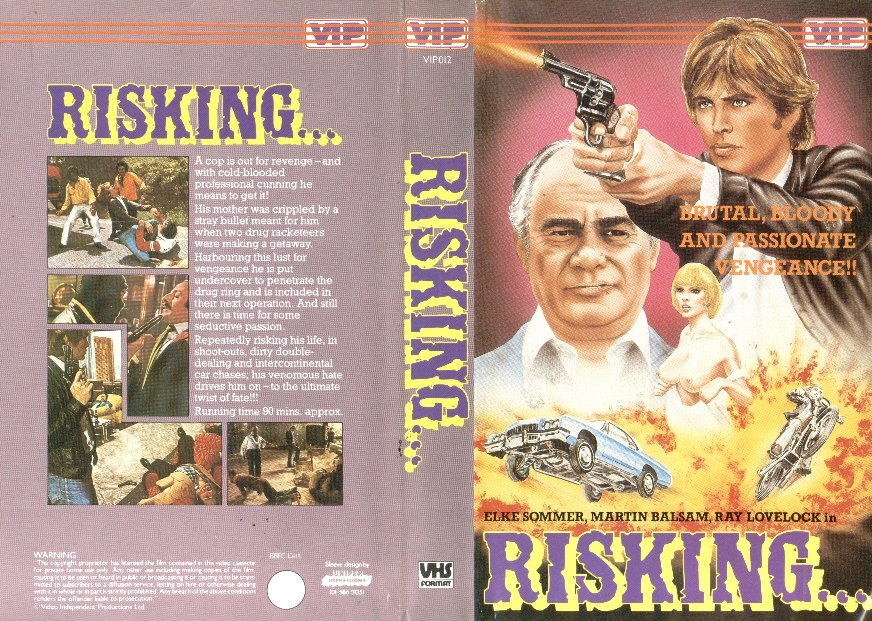 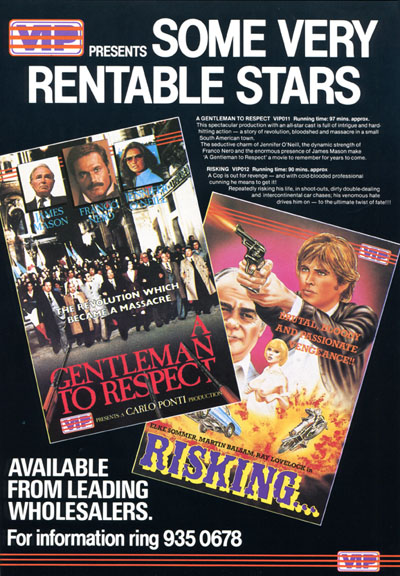