With my new career path going from strength to strength, even watching a movie – tape, DVD or otherwise – is becoming harder to do, so actually planning and hosting a VHS screening is almost impossible these days. However, whenever I am asked to do something video related it fills me with too much pride to turn down, and so the first ever Trash: VHS Festival was born. 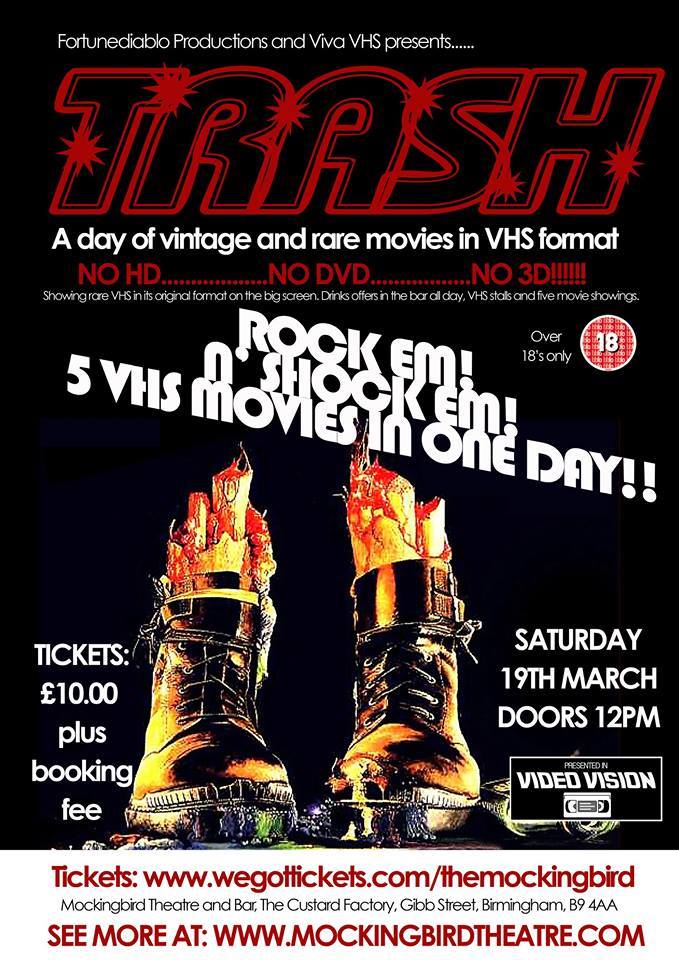 I say first because this is something we hope to roll out once every four or five months. Truth be told, i’m not thrilled with the name of the event as it suggests the movies are actually bad, which most are definitely not, and it’s a term I don’t agree with much like ‘guilty pleasure’, but it is what it is and we are rolling on.

I have always said that the scene in Birmingham is tough to crack and it’s incredibly difficult to get the a crowd to such an event, but I will keep working at it, fine-tune where possible, and make a VHS festival or screening something that people really look forward to in the area.
With this latest event I was once again approached by the fine folks at The Mockingbird Theatre to put on a VHS festival, with them sorting out the name, artwork and various other promotional details to help it get off the ground.

The films chosen were The Imp (aka Sorority Babes in the Slimeball Bowl-O-Rama), The Eliminators, Demon Cop, Atlantis Interceptors and Never Too Young to Die – my tribute to the late Vanity. 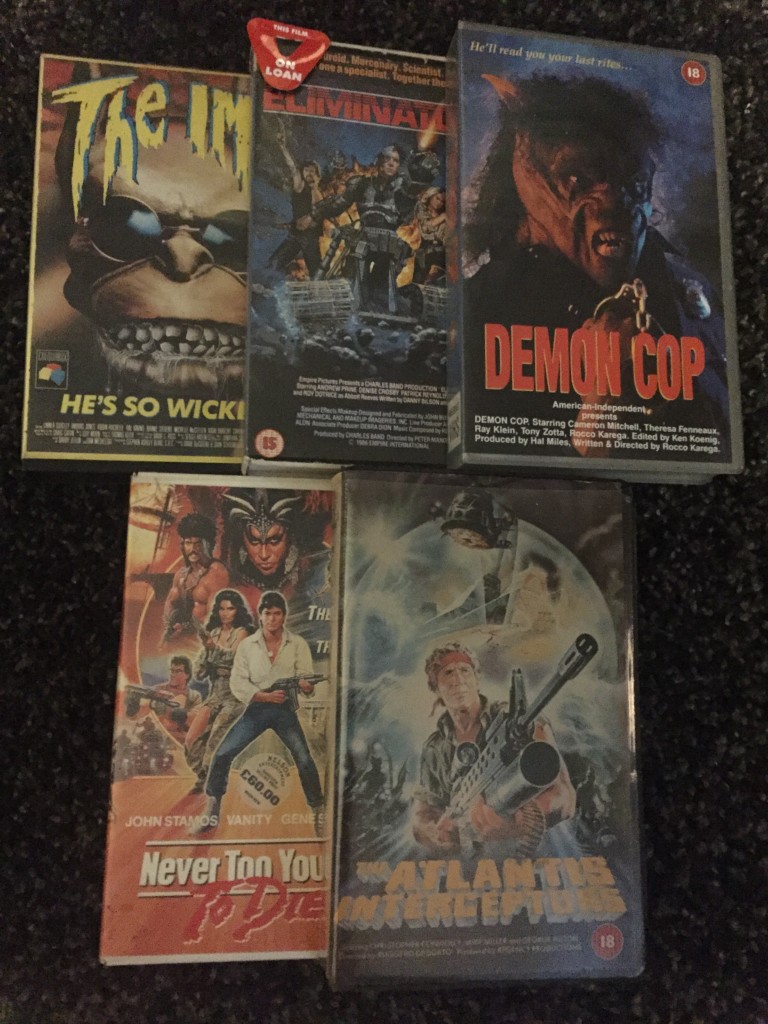 To further prove how difficult it is to get locals in, we had movie lovers in from Leeds, Nottingham, London, Essex and further afield. The turnout in total was modest, but everybody who came did so in the right frame of mind, and the atmosphere was incredible. I truly have the best time at these events and can only hope that this is replicated in others.

A VHS sale was put on for the event, with me selecting a ton of doubles that I had accumulated from various hauls over the years and they went down a storm. I even enlisted the help of a friend (Rupert) from a VHS Facebook group to run another stall, and would hope more stalls could be attached to the next event and grow it further.

As with all events, I did my little intro then run the Viva VHS ident, which is merely some random oddity from the back of my brain.
I always approach a few actors, directors etc from the movies selected to see if they will do an intro, and i’m so happy to say that Patrick Reynolds who played Mandroid in The Eliminators responded and did a ‘little’ something before the movie right from his home in LA. We have been in contact since and he’s such a loveable guy with some fantastic stories from the set, and other films he appeared in. I had no idea he was romantically involved with Shelly Duvall for instance?! His intro was around 10 minutes long, but even that had to be edited down from a feature length run time. Linnea Quigley was also willing to do something but time was against us to get that completed in time. 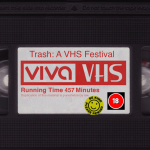 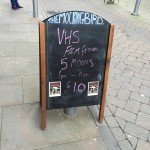 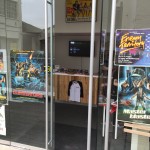 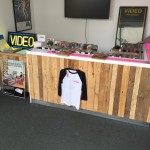 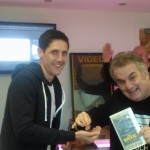 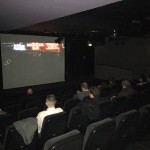 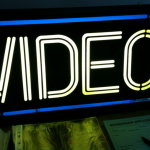 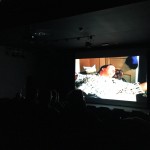 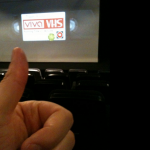 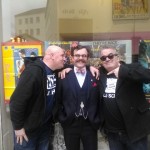 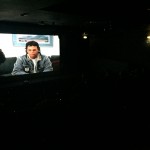 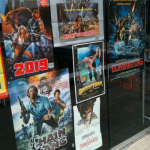 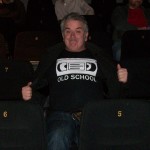 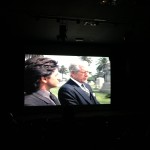 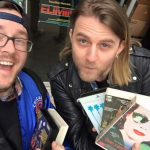 I tried to further spice things up and bring back a quiz that I used to host on Twitter many years back – Movie Quiz Monday (Here). I tried to explain just how difficult they were to the crowd beforehand, but they did well. In the end we ran two with the second proving just too brutal for most. The prizes on both occasions were original VHS tapes (Sakura Killers and Booby Trap). Leaving them below so you can try. 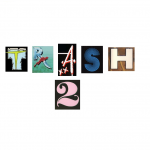 I do believe that the films best received on the day were The Eliminators and The Atlantis Interceptors, the latter is just a truly well made film, regardless of the plot, if there is one.

Demon Cop for me was the gem. I caught this movie a few years back when bored at home going through the collection, but wondered how a crowd would take it, and take it they did.
Hilarious stuff. Like the majestic City Dragon, it has a fairly average run time but feels like it lasts for three hours. Badly shot, badly edited, god awful script and the acting off the scales.

I want to once again thank everyone who came along to help support the event, even those who simply turned up throughout the day to purchase tapes, of which there were many.
I may not have enough time to show it on the day but I truly appreciate you taking the time out, I know how difficult it is to set aside a day and travel, not to mention the costs.