TVV Films were an off-shoot of VIZ MOVIES, whose sales and distribution was all handled by Global Sales Ltd, previously known as Pricefall Limited. Global were also responsible for two other labels, Renown Video and Fifth Dimension. 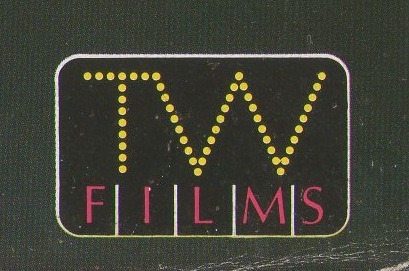 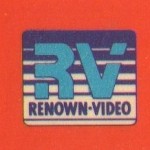 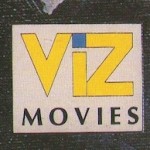 It is still unclear what ‘TVV’ stood for, although I think the last V (Video) is pretty much a given.

As so often is the case with these off-shoot labels, TVV Films only ever released one title, Death Zone, a retitled war drama from 1970. Death Zone in itself was already released pre VRA on both the Video Unlimited and Worldwide labels, but as the more appropriate title, The Last Days of the War. 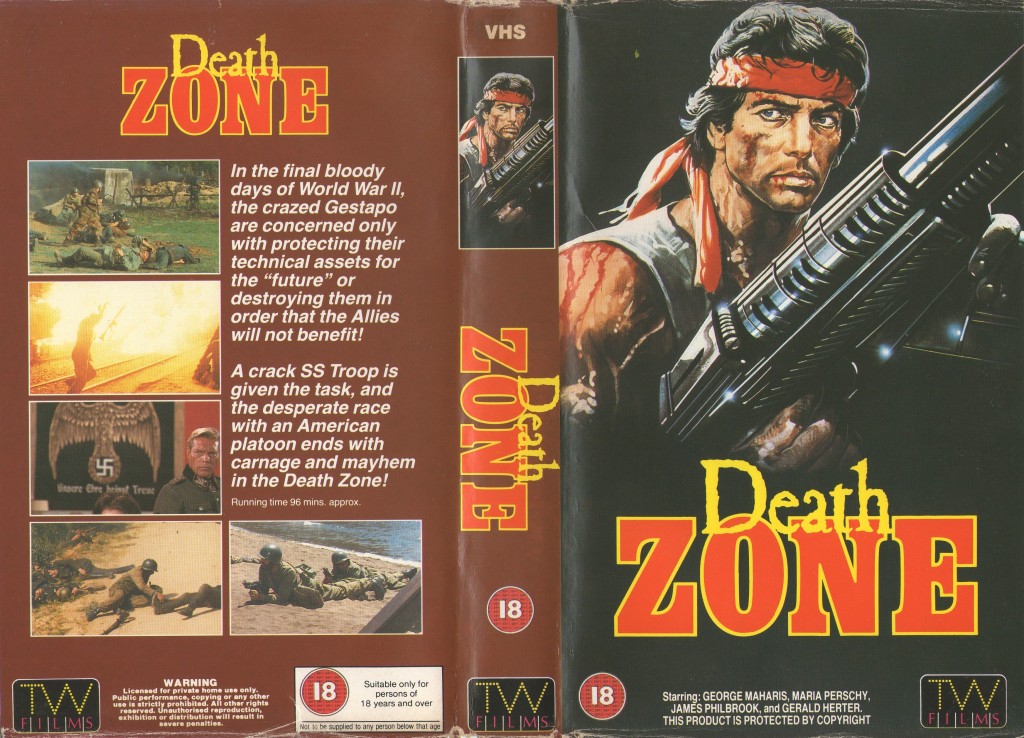 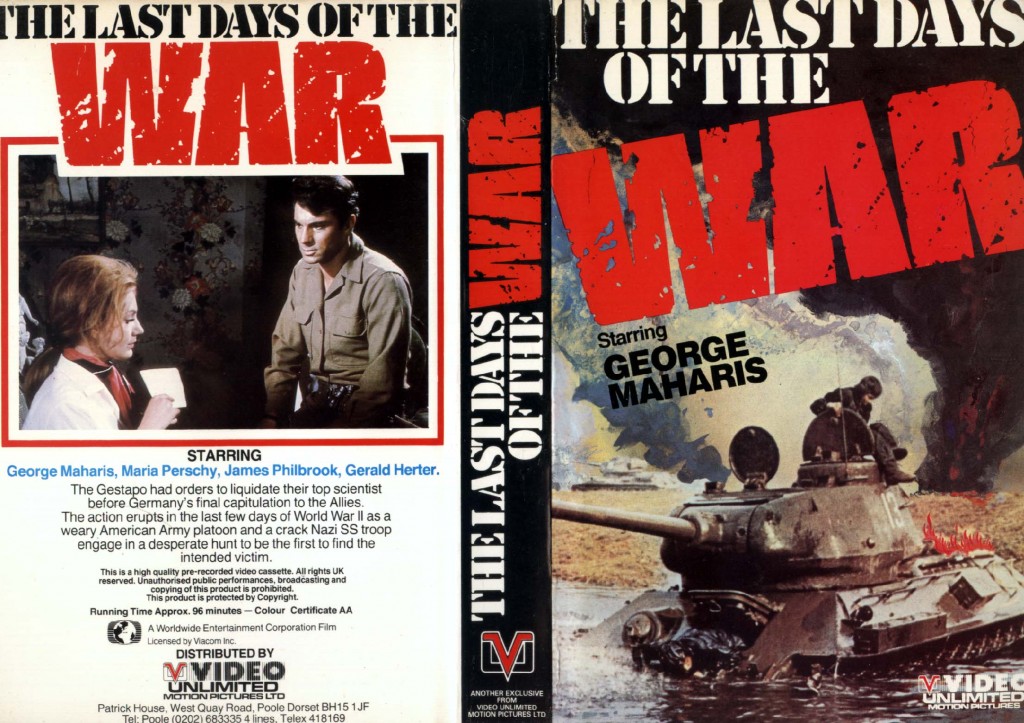 On the side of the tape for Death Zone a Palace hologram is evident, which leads me to believe that Palace may have handled the distribution for this particular title, quite possibly as an experiment. A failed one, however, considering the label never put out another title. 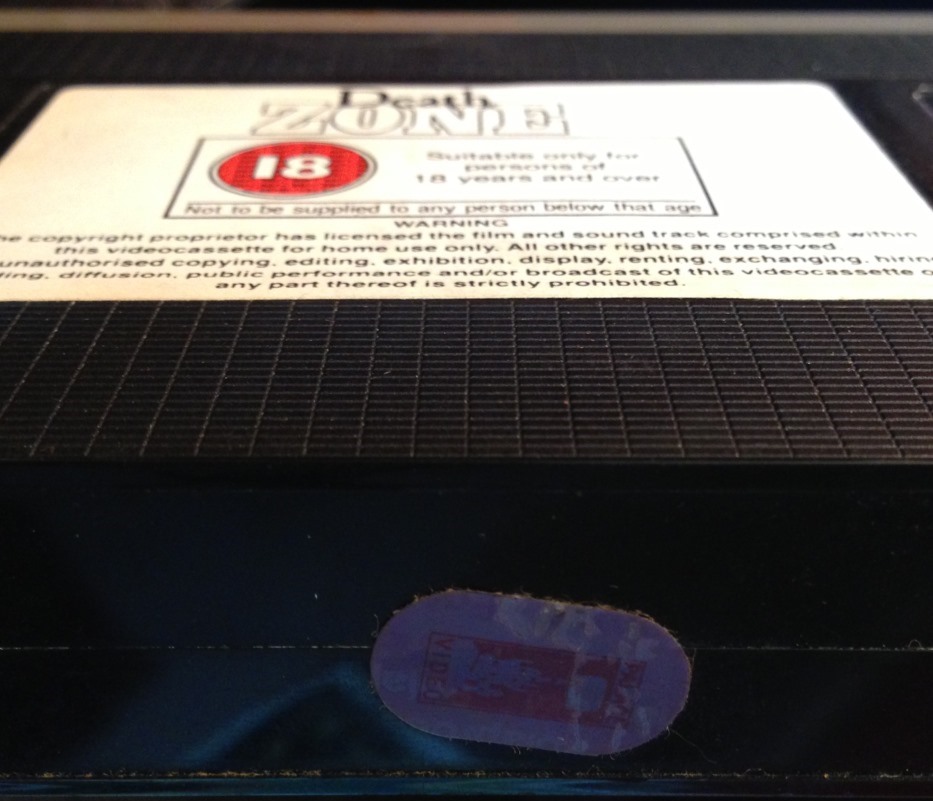